Family Owned and Operated Over 25 Years 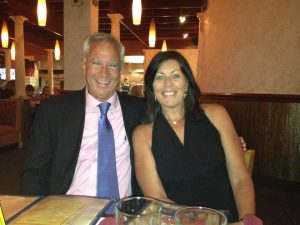 David learned the basics of painting at a young age from his father Donald O’Connor. While in high school, David would work weekends with his father to complete projects and earn extra money. After graduating from the University of Maryland and working at his uncle’s fencing company (Sonco Fencing) for a few years, David decided to start his own painting company.

David has over 30 years of experience in the painting industry. He was elected by his peers as a past president of the Washington Metro chapter of the Painting and Decorating Contractors of America (PDCA). He has also served on the board of the Maryland Home Improvement Commission (MHIC). He has been featured in the local newspaper and interviewed by Coastal Carolina University and Our Lady of Good Counsel High School for his expertise in painting and business practices.

David is a father of four children, a recent grandfather and cancer survivor.

Fun Fact: The original O’Connor’s Painting Service trucks in 1991 had an Irish green theme but David decided to switch to a purple theme because people were having a difficult time reading the truck signs.

Trish is the wife of David O’Connor and mother of four children. She graduated from University of Maryland with a Nutrition degree.  She was previously employed at the National Institutes of Health prior to joining O’Connor's Painting Service with David  in 1991. Trish’s love and support was a huge reason David decided to start the company. Trish oversees and manages office operations.

Fun Fact: Trish was born in the same city as The Beatles, Liverpool England. 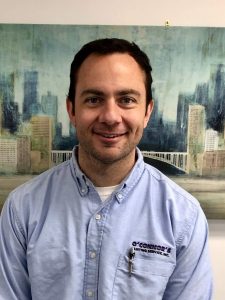 Ryan is the son of David and Trish O’Connor. He graduated from Coastal Carolina University in 2012 with a degree in Business Management. Since graduating, he worked as a contractor for the Department of State and Department of Defense (Navy). Ryan worked at O’Connor’s Painting Service summers during high school and college and joined as a full-time employee in 2018 to carry on the family legacy and tradition. He conducts estimates, manages projects, and assists at job sites.

Fun Fact: Ryan use to practice and swim competitively against swimmers that competed in the Olympics.

John Moore graduated from Our Lady of Good Counsel High School in 1974 with David O’Connor and is a close friend. John retired from Verizon telephone company. He came out of retirement to join O’Connor’s Painting Service in 2016 after David began his battle with cancer. John conducts estimates, manages projects and oversees marketing.

Fun fact: John is an avid softball player and competes in national tournaments across the country.